The Nature of the Period by Ron Tabor. The Utopian: A Journal of Anarchism and Libertarian Socialism. Submitted to the most recent membership conference of the First of May Anarchist Alliance as a discussion document.

Excerpt from, The Nature of the Period: 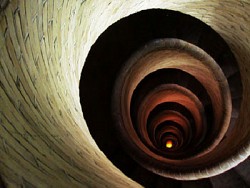 “Section D. The global dispersal of power, the economic crisis, and the government-imposed austerity programs have already brought about a substantial escalation in mass struggle. We can expect this to continue and, if anything, to increase. It was, at least in part, the declining influence of US imperialism in the Middle East and North Africa that provided the openings for revolutionary struggles to occur and, in some cases and in some measure, to succeed, in Tunisia, Egypt, Libya, Yemen, Bahrain, and most recently, Syria. While these movements have remained under the leadership of liberal bourgeois and Islamic elements, they have seriously altered the status quo in the area and frightened ruling classes (and encouraged radical forces) around the world. Taken together, the continued ebb of imperialist power and the growing effects of the economic crisis will almost guarantee the increase of mass struggles in this area and elsewhere in the Third World. Meanwhile, the same factors have already led to an intensification of struggles and augmented political polarization in the countries of Europe and (as will be discussed more below) in the United States.

The relative decline of the United States and western Europe may also elevate the attractiveness of alternative economic, social, and political models. Up until now, given the global hegemony of West European/North American societies (along with the collapse of the Soviet bloc), it seemed logical that those elites that were anxious to promote the economic development of their nations would attempt to emulate the world’s dominant powers, that is, to try to create “bourgeois democracies.” But with the economic crisis and the resulting political difficulties of the once-hegemonic powers, other models may become more alluring. These include the somewhat bizarre (and probably unstable) combination of dictatorial political control and free-wheeling capitalism currently characteristic of China, and more traditional statist models, including those seen in Japan, South Korea, and India.

As part of this, we can also expect to see a substantial revival of Marxism, which in fact is currently underway. Up until recently, Marxism seemed dead, except in small and marginal leftwing organizations. But the economic crisis, plus the inability of mainstream economics to predict, to prevent, or even to satisfactorily explain what happened, has substantially improved Marxism’s fortunes. Although the Marxian analysis of capitalism does not, contrary to superficial interpretations, offer a unified theory of the “business cycle” and of its periodic crises, it does at least insist that the cycle and its accompanying crashes are endemic to the system. This is in contrast to mainstream economics, which sees such events as anomalous phenomena, primarily the result of poorly functioning markets or of the failure of central banks to pursue sound monetary policies. With the Marxist economic analysis seemingly confirmed, and with traditional capitalist economies mired in long-term economic stagnation, the rest of Marxist ideology gets legitimized, particularly among newly radicalized layers of activists looking for answers. The problem for Marxism is that it offers no solution to the crisis except a drastic centralization of the economy (the nationalization of the “means of production” in the hands of the state) and the establishment of bureaucratic planning, both of which were discredited by the long-term stagnation and eventual collapse of the Soviet bloc, by China’s eventual abandonment of the system, and by the fact that such centralization is incompatible with developing and managing modern technology, providing satisfactory consumer goods, and solving long-standing social and environmental problems. Despite these and other weaknesses, Marxism, because of its allure to young radicals and left-wing intellectuals, looms as a serious challenge to the anti-authoritarian/anarchist movement.

On a brighter note, the current period will also see a continued growth of the anarchist movement. After many decades of being marginalized, anarchism has been embraced by substantial layers of young people, from both the middle class and the working class. As a result, there are mass anarchist movements in Greece, Italy, and elsewhere, which have already played prominent, if somewhat amorphous, roles in the popular protests against government-imposed austerity programs. Unfortunately, these movements have not had much of a programmatic impact on the broader struggles.”